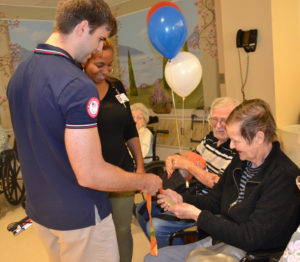 Residents and staff were honored to recently meet Matt Simpson, a Paralympian who won a silver medal with his teammates at the 2016 Paralympics in Rio. Simpson talked with residents about his sport, and his experiences competing in Rio.

Simpson is a member of the United States Goalball team. Goalball is a team sport designed specifically for blind athletes. It was created in 1946 by Austrian Hanz Lorenzen and German Sett Reindle as a way to rehabilitate WWII veterans who lost their vision. Goalball is now played in 112 countries.

This was first time since 2004 that the men’s and women’s teams both reached the podium in Goalball; the U.S. men won silver, while the women’s team brought home the bronze. Incidentally, both teams finished in the same spots on the podium back in 2004. 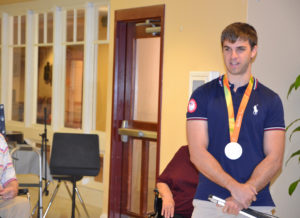 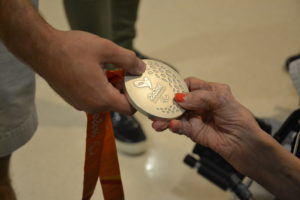