Thank you to the Greater Metropolitan Atlanta Chapter of Jack and Jill of America and Second Dream Winds for making the following Dream Fulfillment possible.

Due to COVID restrictions, the GMAC teens got creative and hosted a virtual sports themed celebration for Mr. Harris. The teens organized an amazing event and had a few surprises in store. Former NFL player Vince Green, current NFL player Chris Draft, and NBA referee Tom Washington joined the call and chatted with Mr. Harris!

Two Atlanta Falcons cheerleaders led cheers and Freddie the Falcon joined the call adding even more fun. The group hosted a sports trivia game and Mr. Harris showed off his incredible sports knowledge. As a gift, Mr. Harris received gear from the Golden State Warriors, the Falcons, and even got an official referee jersey from Tom, the NBA referee.

“I thought that it was such a great experience for Mr. Harris, A.G. Rhodes residents, guests as well as the GMAC teens,” said Nathan Jackson, GMAC Teen President. 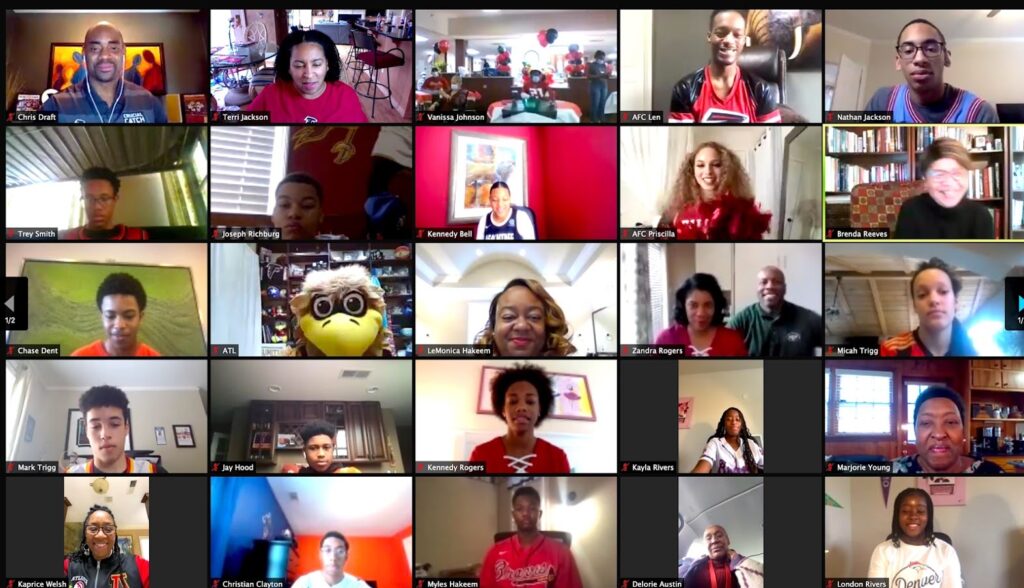 Vanissa Johnson, Activity Director at A.G. Rhodes Atlanta, added, “Mr. Harris has been talking about the whole experience every day. He is so excited! This has truly been an awakening for him.”

Thank you to all who helped make this amazing dream come true!