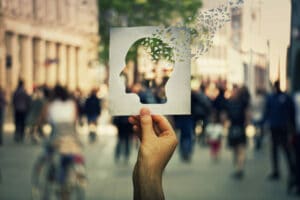 In early May, 2019, several teams of researchers published studies which offers new insight into brain development and repair. The creation of neurons in the brain during adulthood, once thought impossible, may eventually offer assistance to people suffering from a variety of conditions. While practical applications for this research may lie many years in the future, the findings will interest people working in the field of senior therapy and rehabilitation.

Neurons serve as conducting cells within the nervous system. They perform a valuable role in many different parts of the body. The term “neurogenesis” refers to the development of nervous tissue (including neurons).

Neurons matter for a number of reasons. These cells help transmit sensory information to the brain. They also help relay impulses required for physical movement to muscles located throughout the body. Neurons figure significantly in both the peripheral nervous system (e.g. nerves in a toe) and the central nervous system (e.g. nerves in the spinal cord). Perhaps not surprisingly, scientists have long believed neurons play an important role in forming connections within brain tissue, contributing to the “wiring” of brain tissue. For example, they help create the pathways involved in recalling memories.

One recent study undertaken by researchers at several medical colleges appeared in the May 9th edition of Science. Although conducted in mice, it suggests adults humans produce new neurons in an area of the brain known as the hippocampus which can form new connections with older pathways. It lends support to another recent study conducted at the University of Illinois based on autopsies.

A New Model of Brain Plasticity?

For many years, scientists considered the ability to “rewire” older brains in this way unlikely. In the past, researchers believed the “hardwired” brains of elderly people possessed a very limited capability to remodel existing neuronal pathways, since adults produce comparatively few brand new neurons and this capability declines with advancing age. Researchers hope these findings will eventually permit them to develop medications which mimic the activity of newly formed brain neurons; potentially, this class of drugs would offer assistance to patients with memory deficits, such as Alzheimer’s Disease patients. The benefits might prove groundbreaking.

These recent studies enhance the understanding of the brain in surprising ways. They bring renewed hope for the development of new treatments!